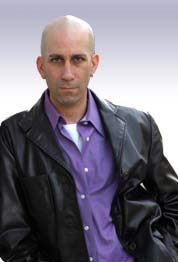 Frustrated by Washington and his apathy towards it, Mr. Schneider is finally shaken off his comfortable couch and compelled to storm to the capital of the world’s only superpower to find out what is going on with his government.

Quickly, Mr. Schneider discovers that things in Washington are even worse than he imagined. Because of their dependence on big business and special interests to finance their political futures, almost every decision the President, Vice-President and Members of Congress make is corrupted. After all, there is no bigger issue facing our political leaders than getting re-elected.

From education to health care, social security to taxes, foreign policy to gas prices, Americans’ interests repeatedly take a back seat to that of special interests.

Amazingly, Washington’s political elite agrees. Lobbyists, Members of Congress, lawyers, even the Commissioner of the agency responsible for regulating the influence of money in Washington candidly admit this is the most destructive influence on American democracy.

This isn’t lost on the media, whose news coverage reflects its audience’s preoccupation. The result: a population of uniformed, disengaged and disenfranchised non-voters hold the world’s only super power in check.

Are we destined for disaster? Not if Mr. Schneider has anything to say about it.”